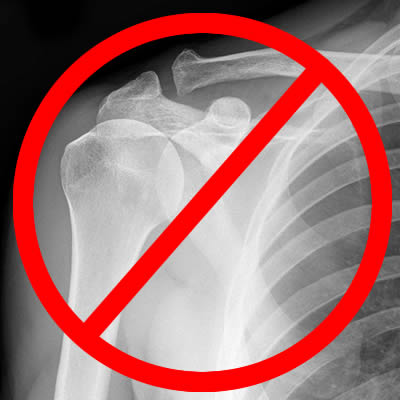 I recently moved to Texas and of course with any move, it takes time to find the good places to eat, a good doctor, a good mechanic, a good vet, etc.

In finding a vet, it is extremely important for the vet to be holistic as possible – not a pusher for the pharmaceutical cartel.  I don’t vaccinate my dog any more because I learned from several holistic vets that many times the previous vaccines can still be active in the dog’s system and if it’s still active, you don’t need to re-vaccinate.  Giving your pets more vaccines than needed only opens Pandora’s Box of health problems – including arthritis, respiratory problems, immune issues, tumors, cancers, and more.

I found a holistic vet and according to my search on Google, many people were giving this vet pretty high ratings.  So I was relieved even though I have to drive across town to get to the new vet.

I walked into the office and I wasn’t impressed.  It was so warm and it smelled, like, wet dog.  I know it’s a vet’s office, but they could be running some kind of air filtration system within the office.  I was trying not to be judgmental and to be open and “allowing” and just be in the moment and to be accepting.

I was put in a room and had to wait a few minutes.  After a while the vet finally walked in.  I discussed what I would like to do and what services I would like more information on.  After examining my dog, the vet said that one of the organs felt a little enlarged and wanted to take some x-rays.  I expressed that I don’t do x-rays because of the link to cancer and I would like to do other options.  As a Holistic vet practicing Chinese Medicine, I was surprised to when the vet said to me that “you can’t get cancer from x-rays”.  I was confused a minute not quite sure I heard the vet correctly.  I mentioned in my research, it has been expressed that any amount of radiation can cause cancer.  The vet again stated “you can’t get cancer from x-rays, I’m 1000% sure that you won’t get cancer from x-rays”.  I didn’t say a word after that.  I was in shock.  Here is a vet, a doctor, a holistic doctor that even practices Chinese Medicine telling me that you can’t get cancer from x-rays.  You absolutely, unequivocally, can get cancer from radiation – any level of radiation.  And if a doctor tells you anything else, they are either misinformed, or they are deliberately lying to you.  And since I quoted several web sites to the vet, credible web sites, and the vet still was adamant that their information was correct, that was concerning to me.

When I returned home later that day, I gathered some information and emailed the links to the office for the vet’s review.  In my next visit, I got no “Thank you for the links, I had no idea” or “I got your links, something to think about”, nothing.  I got a covert comment in our conversation “I know you don’t like x-rays…”   So this doctor is deliberately not wanting the truth or valid information, and this vet deliberately lies to their patients.

So just to reiterate I’m providing some references here for your information.  And don’t ever let any doctor change what you know your truth is.  If x-rays make you feel uncomfortable, then absolutely refuse to do x-rays.  I find the best thing to do is that if I don’t want something to ask the doctor what my other options are or try to research before my visit so I can ask about the other options.

And always remember to 2 most common lies that are told to justify radiation exposure is:
1 – “The benefits of these tests are usually greater than the risks.”
2 – “The dose of radiation is so low.”  (Misleading/Implying that because it’s low that it’s safe.)

We need to demand safer medical procedures than being exposed to ionizing radiation under the guise “medically necessary”.  There are so many other technologies that could be used or researched without unnecessary exposure to radiation.

SOME REFERENCES AND LINKS:
Do X-Rays and Gamma Rays Cause Cancer?
“Yes. X-rays and gamma rays are known human carcinogens (cancer-causing agents). The evidence for this comes from many different sources…”
“…most scientists and regulatory agencies agree that even small doses of gamma and x-radiation increase cancer risk, although by a very small amount. In general, the risk of cancer from radiation exposure increases as the dose of radiation increases. Likewise, the lower the exposure is, the smaller the increase in risk. But there is no threshold below which this kind of radiation is thought to be totally safe.”
http://www.cancer.org/cancer/cancercauses/radiationexposureandcancer/xraysgammaraysandcancerrisk/x-rays-gamma-rays-and-cancer-risk-do-xrays-and-gamma-rays-cause-cancer

“A study in England of exposure to radiation from CT scans found that children who received a dose of at least 30 mGy (the same as 30 mSv) to the bone marrow had 3 times the risk of leukemia compared to those who received a dose of 5 mGy or less. For brain tumors, a dose of 50 mGy or more to the brain was linked to more than 3 times the risk.
http://www.cancer.org/cancer/cancercauses/radiationexposureandcancer/xraysgammaraysandcancerrisk/x-rays-gamma-rays-and-cancer-risk-do-xrays-and-gamma-rays-cause-cancer

Are Medical X-Rays a Major Cause of Cancer and Heart Disease?
“Yet it has been known for over 70 years – and it is universally acknowledged today – that x-rays cause genetic mutations and cancer.”
http://www.burtongoldberg.com/x-rays-cause-cancer-heart-disease.html

Breast Cancer Mortality After Diagnostic Radiography
“It showed the results of a study sponsored by the National Cancer Institute  that examined the correlation of breast cancer mortality with receiving diagnostic x-ray exposure for scoliosis [curvature of the spine]. These women, who had an average of 25 diagnostic x-rays taken, had a 70% greater risk of dying of breast cancer than the general population. One of the paper’s key conclusions was: “Consistent with radiation as a causative factor, risk of dying of breast cancer increased significantly with number of radiographic examinations in which the breast was exposed and with increasing cumulative radiation dose to the breast.””
http://www.burtongoldberg.com/x-rays-cause-cancer-heart-disease.html

“In the September, 1998, issue of Diagnostic Imaging, Joel E Gray, PhD, former Professor of Medical Physics at the Mayo Clinic, reported on an earlier nationwide survey of 300 radiographic facilities. In this study, the same radiographic procedures were performed on identical test dummies. Seventy-five percent of the facilities tested gave higher doses than were needed to produce clear images. For chest and spine images the difference was as much 8.5-fold. For gastrointestinal exams the difference was as much as 27.5-fold.”
http://www.burtongoldberg.com/x-rays-cause-cancer-heart-disease.html

“When it comes to assumption number one, there are no studies that can prove that small doses of x-rays are risk free. Just a single photon can damage a cell’s DNA, and send it on the path to malignancy.”
http://www.burtongoldberg.com/x-rays-cause-cancer-heart-disease.html

John Gofman, MD, PhD, Professor Emeritus of Molecular and Cell Biology at the University of California at Berkeley, and on the faculty of the University of California Medical School in San Francisco (UCSF) “presents study after study that point to medical x-rays not only playing a major role in causing 50% of cases of cancer – but also in causing 60% of the cases of coronary heart disease (CHD). The probable mechanism, Dr. Gofman explains, is radiation-induction of mutations in the coronary arteries, resulting in dysfunctional clones (mini-tumors) of smooth muscle cells…”
http://www.burtongoldberg.com/x-rays-cause-cancer-heart-disease.html

“A Harvard study of more than 70,000 infants in U.S. hospitals showed a 40% increase in leukemia and cancer of the central nervous system in children whose mothers were X-rayed during pregnancy.”
http://www.rethinkingcancer.org/resources/magazine-articles/8_7-8/are-x-rays-dangerous.php

“…Dr John Bailor 3rd, a National Cancer Institute scientist, is not sure that the society is correct. His concern is that the radiation itself can cause cancer which does not become apparent until 10, 15, or even 20 years after the patient’s exposure. Also, since the effects of repeated exposures are cumulative, if at some time in the future we find it has promoted breast cancer in some women, it would be too late to correct the error.”
http://www.rethinkingcancer.org/resources/magazine-articles/8_7-8/are-x-rays-dangerous.php

THE SURPRISING DANGERS OF CT SCANS AND X-RAYS
Patients are often exposed to cancer-causing radiation for little medical reason, a Consumer Reports investigation finds
“Given those risks, why are we—and our doctors—so scan-happy?  For one thing, patients aren’t necessarily aware of the danger. A new Consumer Reports survey of 1,019 U.S. adults found that people are seldom told by their doctors about the risks of CT scans and other radiology tests. 15,000 That’s the number of people estimated to die each year because of cancers caused by the radiation in CT scans alone.”

“Other studies show that doctors themselves often underestimate the dangers CT scans pose. Moreover, some doctors may actually have a financial incentive to order the tests.”
http://www.consumerreports.org/cro/magazine/2015/01/the-surprising-dangers-of-ct-sans-and-x-rays/index.htm

WHAT DO EXPERT AGENCIES SAY?
“Several agencies (national and international) study different substances in the environment to determine if they can cause cancer. (A substance that causes cancer or helps cancer grow is called a carcinogen.) The American Cancer Society looks to these organizations to evaluate the risks based on evidence from laboratory, animal, and human research studies.”

“Based on animal and human evidence, several expert agencies have evaluated the cancer-causing nature of x-rays and gamma rays.”

“The International Agency for Research on Cancer (IARC) is part of the World Health Organization (WHO). Its major goal is to identify causes of cancer. Based on the data available, IARC classifies x- and gamma radiation as a “known human carcinogen.””

“The National Toxicology Program (NTP) is formed from parts of several different US government agencies, including the National Institutes of Health (NIH), the Centers for Disease Control and Prevention (CDC), and the Food and Drug Administration (FDA). The NTP has classified x- and gamma radiation as “known to be a human carcinogen.”“

“The US Environmental Protection Agency (EPA) sets limits for exposure to x-rays and gamma rays in part because it recognizes that this form of radiation can cause cancer.”
http://www.cancer.org/cancer/cancercauses/radiationexposureandcancer/xraysgammaraysandcancerrisk/x-rays-gamma-rays-and-cancer-risk-do-xrays-and-gamma-rays-cause-cancer